In Flowfinity, a point-and-click app editor is used to create, publish and modify apps. Once apps or app changes are published, they are instantly made available to all users' mobile devices and on the web.

To manage your apps, click on the Configure tab. If you are using Flowfinity Actions Enterprise Edition, ensure that you have the correct Site selected from the Site drop-down menu. 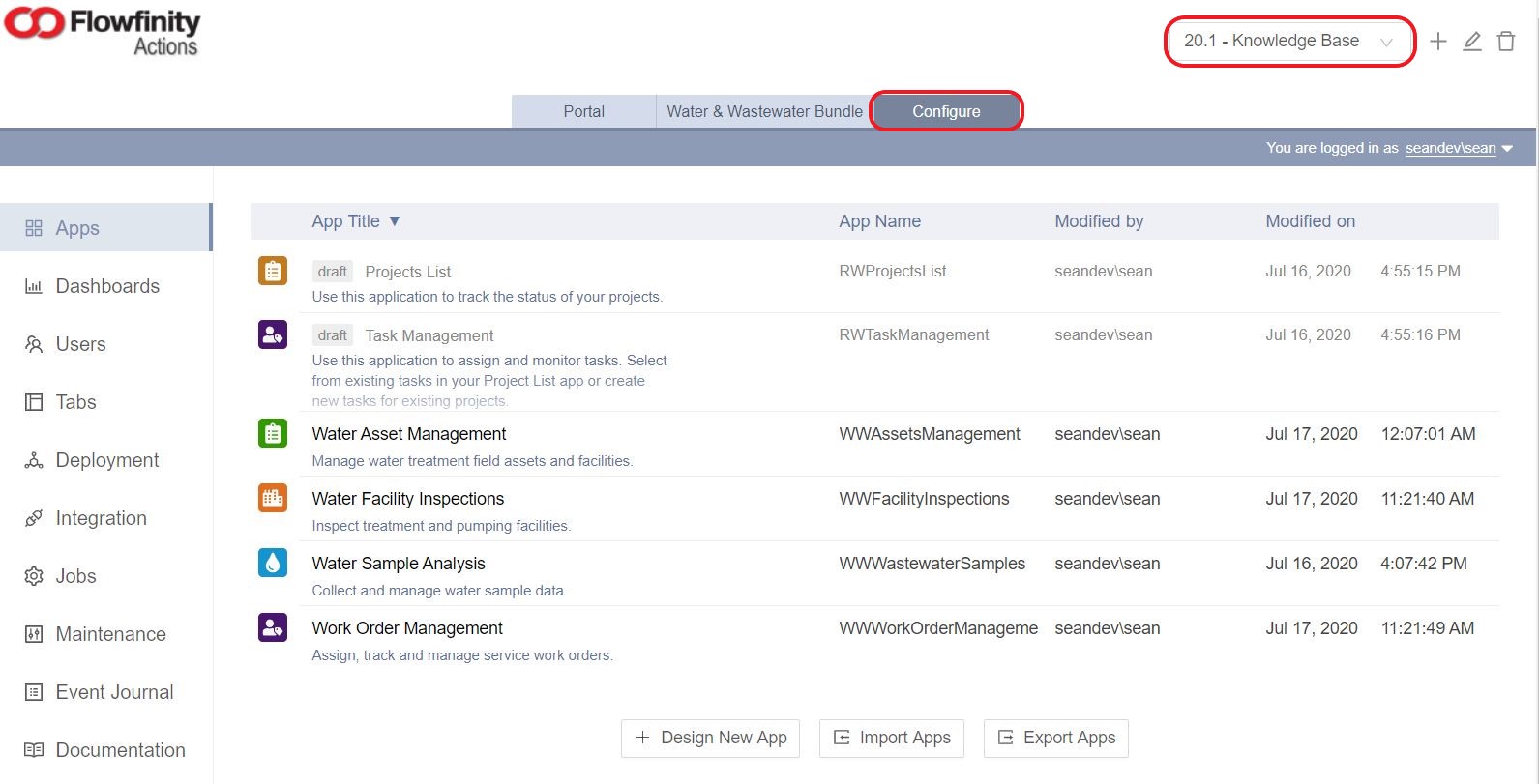 In the Configure tab, Apps section, select the app from the Published Apps or Draft Apps list and choose Customize from the menu. Make your changes to the app in the editor. 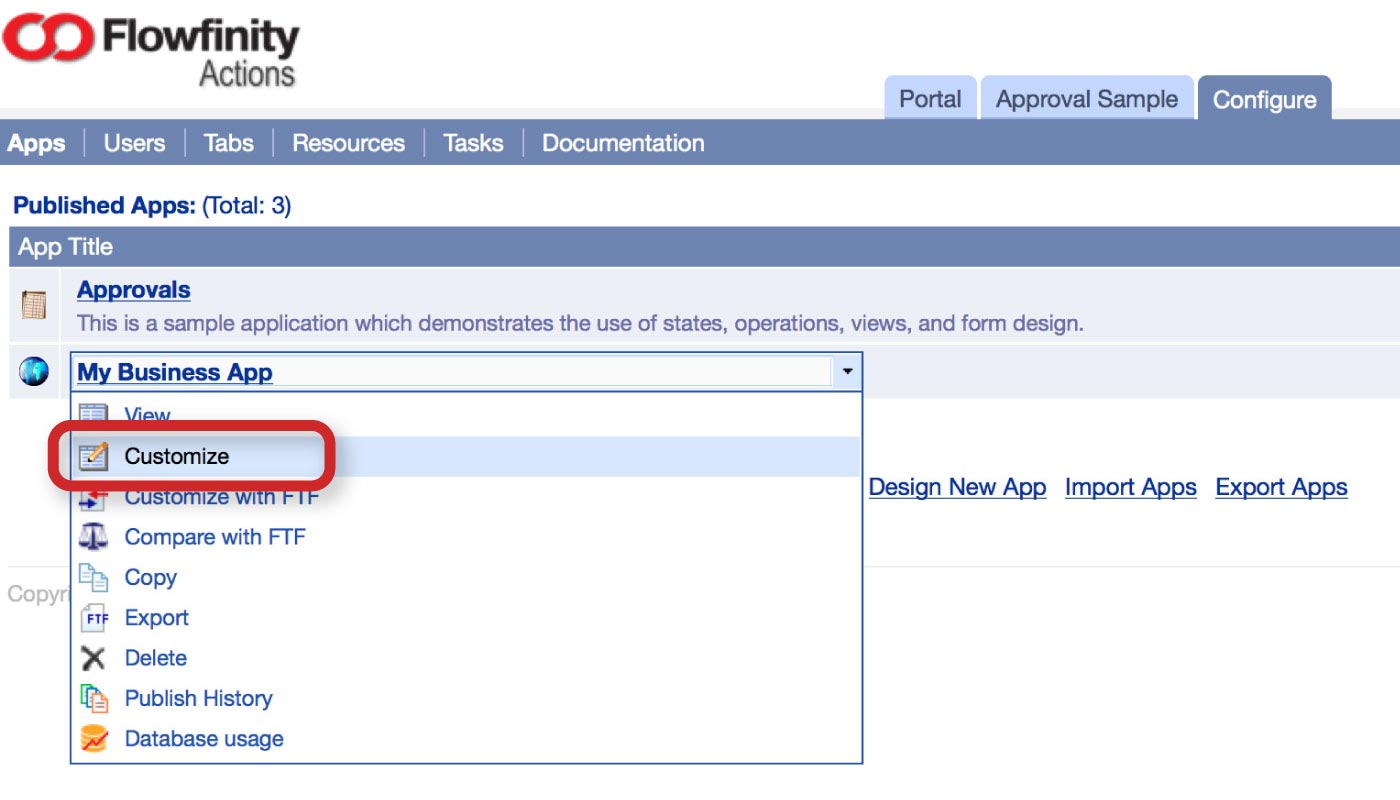 After you've made the changes, you can either publish the app or save it as a draft. If you are not ready to publish your changes yet, save your current section and click the 'Exit' button. The modified app will appear under 'Draft Apps'. The last published version of the app will remain unchanged in the 'Published Apps' section. 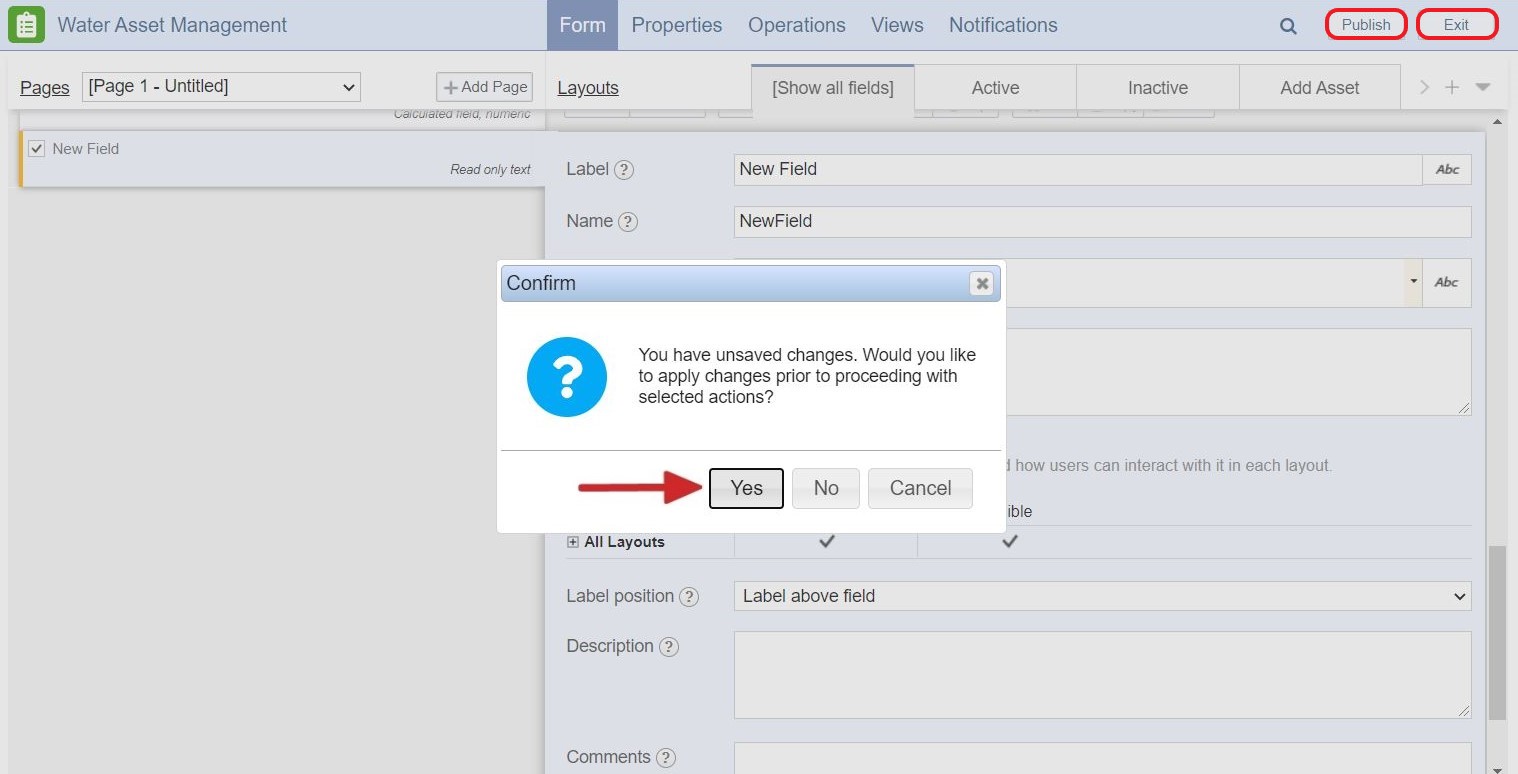 To continue editing your draft, select 'Customize' from the menu under 'Draft Apps'. Only one draft at a time is supported. 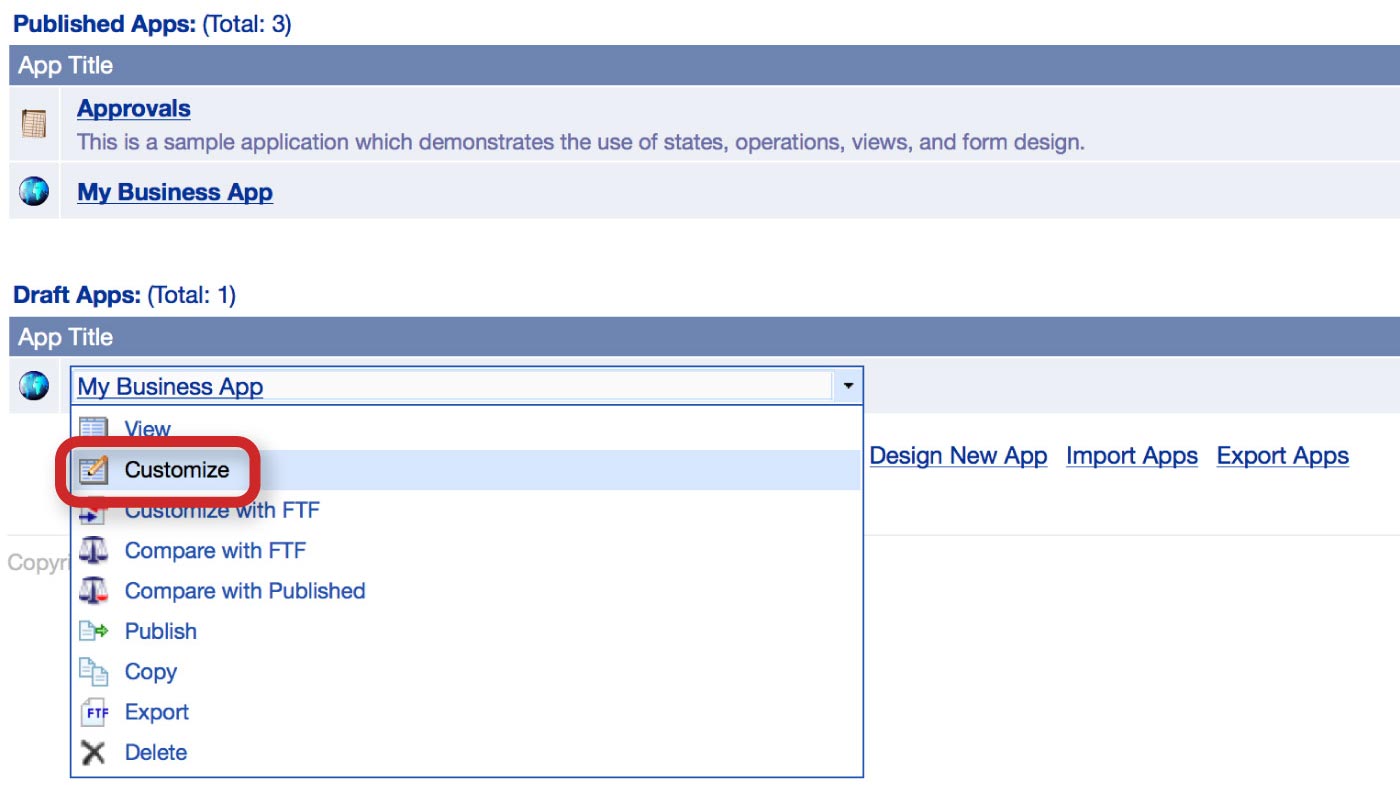 Once you publish your draft, it will replace the 'Published Apps' version and will be updated for all users. 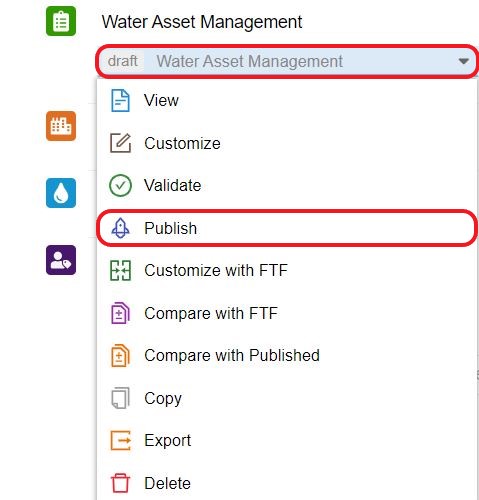